PulsHR.pl: A revolutionary step for the Polish labour market. They have been waiting for it as for salvation. 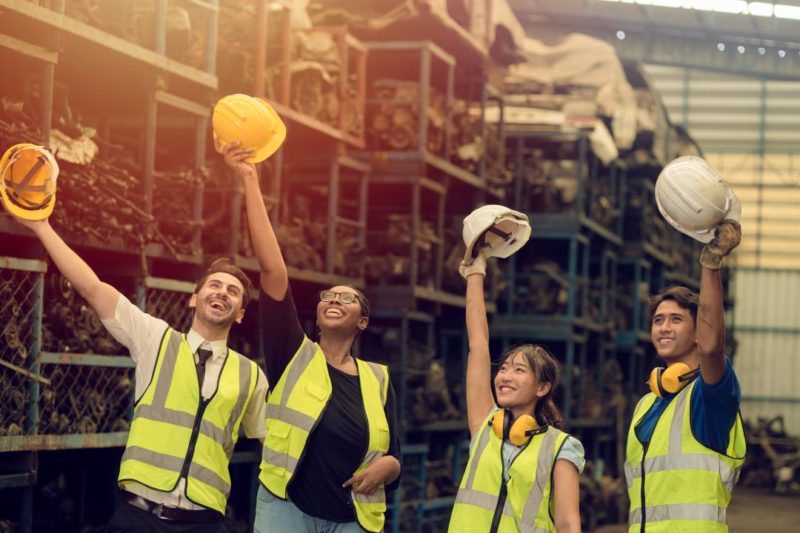 Employment agencies looking for workers abroad cannot hide their satisfaction. They have been waiting for President Andrzej Duda’s signature on the Act on foreigners for weeks. ‘The effect of the amendment to the Act will be the extension of employment periods for foreign workers in Poland, which was undoubtedly desired by Polish employers’, emphasize our interviewees.

The amendment signed by the President assumes, among others, the introduction of changes in the proceedings on the issuance of seasonal work permits and declarations on entrusting work to foreigners by extending the period of permissible work to 24 months. So far it was 6 months. This is one of the most awaited elements of the new migration policy.

‘It is more and more often that we hear from our clients that the key element for the development of their companies, especially the manufacturing ones, is the stability of employment. And it is the potentially high turnover due to the short validity of residence permits that has so far been the biggest business risk in recruiting employees from Ukraine. After the introduction of the new regulations, employees from abroad, including those from the East, will be able to work in Polish companies for more than 4-5 months’, emphasizes Michał Wierzchowski, Sales Director of the EWL Group employment agency.

He also points out that an additional facilitation will be the elimination of the provision that after working for a maximum of 6 months on the basis of the so-called “declaration”, a foreigner is forced to wait another 6 months before taking up employment in Poland again on the basis of that document.

‘This change will enable a foreigner to work without breaks, which will affect the nature of economic migration to Poland, changing it from the current rotational and short-term migration to medium-term migration, and in effect to long-term migration, which in turn is important for Polish employers’, adds the EWL Group Sales Director.

It was good, but only at the beginning

Maria Kuzenko, Head of the Legalization Department at the EWL Group, states that the current Polish regulations on employing economic migrants are among the most liberal ones in the EU, but only in the context of starting work in our country. The situation becomes more complicated when trying to extend the stay and employment of foreigners due to the complexity of the regulations, a number of requirements and long waiting periods for processing cases in offices.

‘One of the adopted changes has significantly simplified formal procedures. When filing an application for permanent or temporary residence, foreigners will no longer be required to provide the office with a lease agreement, which should shorten the waiting time for the decision. The foreigner will only be required to have employment (confirmed by a contract of employment) and to prove their earnings at the minimum wage level’, comments the legalization expert.

She adds that another important point of the amendment is the extension of the catalogue of circumstances, which do not require changes to temporary residence and work permits.

‘According to the previous regulations, any change of position of a foreigner employed on the basis of a work permit entailed the necessity to reapply for the permit, i.e., to go through a long-lasting and complicated procedure again. This largely demotivated foreign workers. After the amendment, this requirement will be eliminated, which leads to the removal of one of the main obstacles to the promotion of foreign workers in Polish companies. The new regulations should positively influence the possibility of professional development of foreigners in Polish companies, increasing their motivation to work and stay in Poland for a longer period of time’, Kuzenko believes.

One of the most important changes related to the employment of foreigners is the introduction of 60-day deadlines for processing cases in offices in the case of granting a temporary residence permit. The long waiting time for the so-called “residence card” discouraged both, foreigners and employers, from applying for temporary residence and work permits.

There is also an amendment to extend the period for informing the poviat employment office about the beginning of employment by a foreigner from 1 to 7 days. Thanks to this both, employers and offices, will have more time to complete the necessary formalities after hiring a foreigner. (…)