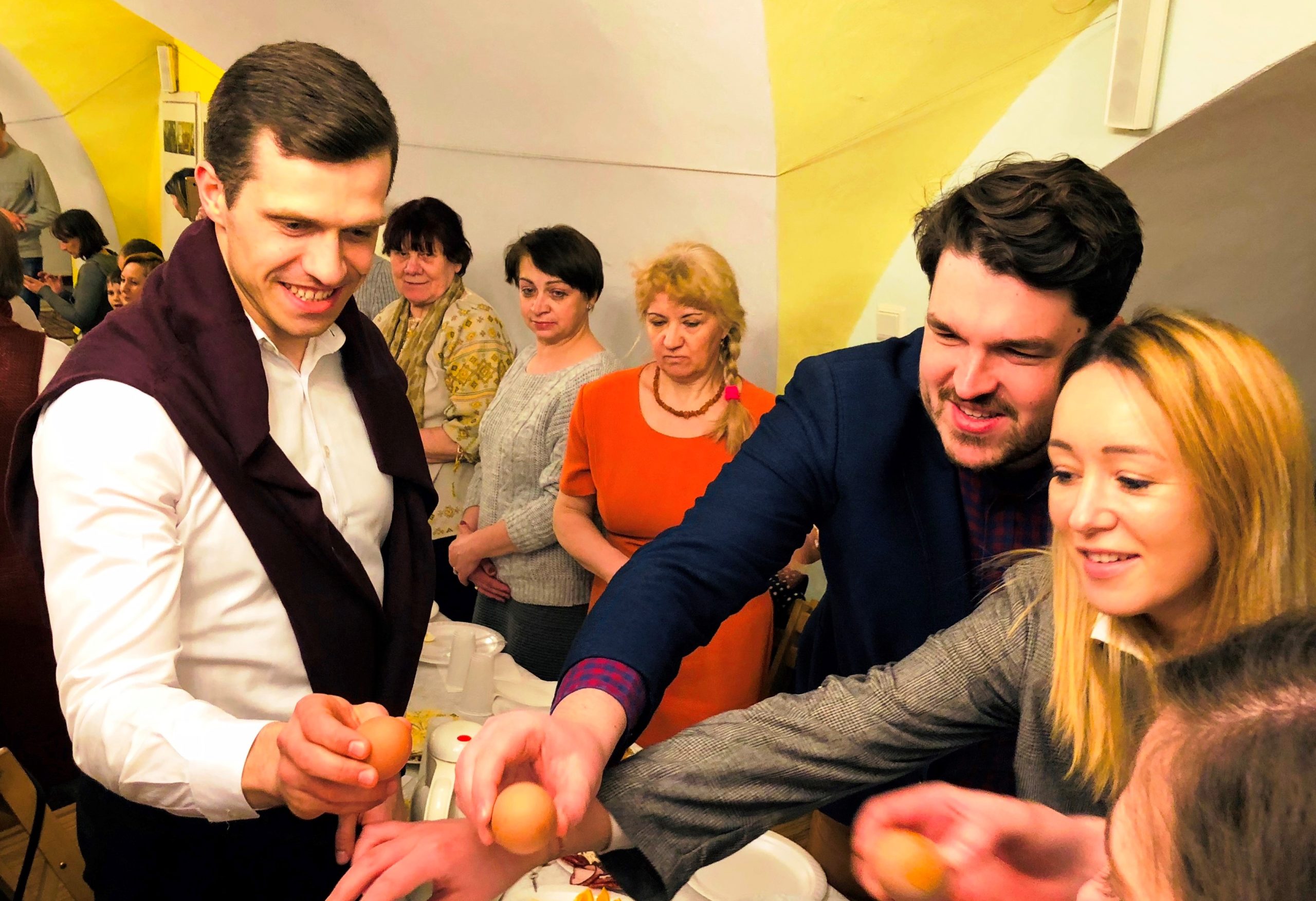 ‘We are glad that we were not alone on Easter’, said the migrants from the East who work in Poland, but for various reasons spent the Resurrection Day far from their relatives. More than 100 people from several countries met at the Easter table [w tekście oryginalnym mowa o stole wigilijnym] in the Polish capital on April 8th. On the day of Easter, according to the Julian calendar, two solemn Easter breakfasts for foreigners took place in Warsaw, co-organized by the Foundation for Support of Migrants on the Labour Market “EWL”.

With the annual increase in migration from Eastern European countries to Poland, there is a problem of separation of the migrants with their families and loved ones, which is most painful during the family holiday celebrations. Praying together and sharing a meal during Easter breakfast was to lessen the feeling of loneliness and distance from loved ones.

The first of the Easter Breakfast meetings took place after the night liturgy at the Metropolitan Cathedral of St. Mary Magdalene in Warsaw’s Praga district. It was attended by nearly 70 guests from several countries, including Ukraine, Belarus, Georgia and Ethiopia. The main organizers of the event were the Orthodox Parish of St. Mary Magdalene in Warsaw and the St. Cyril and Methodius Centre for Orthodox Culture.

‘On behalf of the Ambassador of Ukraine to Poland Andriy Raincy, I wish you peace on the occasion of the greatest holiday of all Christians – the Resurrection of the Lord.’, said the counsellor of the Ukrainian Embassy Mykola Yarmoluk .

‘Nobody should be left alone on Easter’, says Andrzej Korkus, CEO of the EWL Group. ‘We take care of the migrants from the East not only by providing them with decent conditions for work and residence in Poland, but we also understand their needs and try to do everything we can to make them feel at home, especially during seasonal holidays.

‘It is very cosy and good here. We were very warmly welcomed’, added Vladimir from Belarus, who works in Poland as a mechanic.

‘A wonderful event. I’ve been working in Poland for several years, but it’s my first time at such breakfast. I think it is a very good idea and I would like to have as many similar meetings as possible.’, said Mykola from Odessa. The ‘Easter Breakfast’ event was co-organized by the Foundation for Support of Migrants on the Labour Market “EWL” and co-funded by the EWL Group. The company, which is the leader in the recruitment industry, has been acting as the co-organizer of Christmas Eve dinners for foreigners during Christmas for two years. The Group announces further events aimed at taking care of foreigners working in Poland.