EWL S.A. invites you to the Warsaw celebrations of the 5th anniversary of the beginning of Ukraine’s Revolution of Dignity. 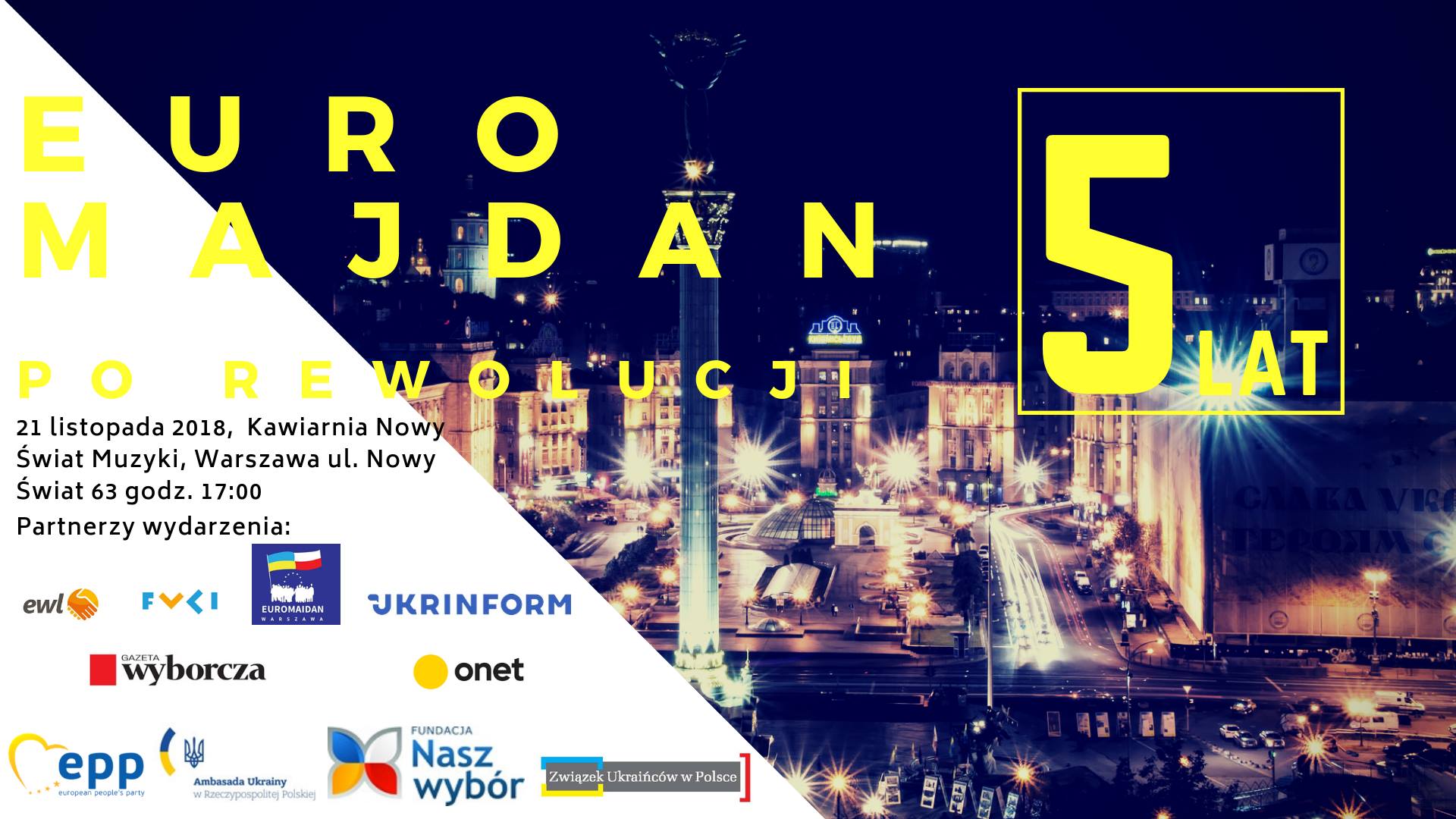 The Embassy of Ukraine in the Republic of Poland, the Office of Michał Boni MEP, the Association of Ukrainians in Poland and the “Our Choice” Foundation have the honour to invite you to the meeting commemorating the 5th Anniversary of Euromaidan – the Revolution of Dignity in Kiev, which will take place on November 21, 2018, at 5 p.m. in Nowy Świat Muzyki in Warsaw. EWL S.A. is a partner of this event.

We want this event to become a symbol of solidarity between the citizens of Poland and Ukraine, who will pay tribute to the fallen participants of the peaceful protests on Maidan. The public opposition was caused by President’s Viktor Yanukovych’s decision not to sign the Association Agreement with the European Union. After a brutal attempt to eliminate the protests, the initiative turned into a national revolution, which gave rise to reforms in the Ukrainian state.

17.05-17.25 – Foreword: Michał Boni, Member of the European Parliament; Andriy Deszczycia, Ambassador of Ukraine to Poland; Johannes Hahn, EU Commissioner for Neighbourhood and Enlargement; Peter Wagner, Head of the Support Group for Ukraine in the European Commission; Piotr Tyma, Head of the Association of Ukrainians in Poland; Myrosia Keryk, Head of the “Our Choice” Foundation; Natalia Panchenko, Head of ‘Euromajdan-Warszawa’.

Special guest: Leszek Balcerowicz, Head of the Group of Strategic Advisors to the President of Ukraine.

Debate: Decentralization, migration and propaganda – how to deal with challenges?

Exhibition: Crimea after the occupation.

Applications for the meeting should be sent by November 16th, 2012 to the e-mail: kateryna@michalboni.pl. Number of places is limited.